We took a deep dive into five of our favorite historic show-stoppers. Each one is hugely impressive at face value. And when you peel back a few layers, you discover unexpected surprises that add to their already momentous impact. 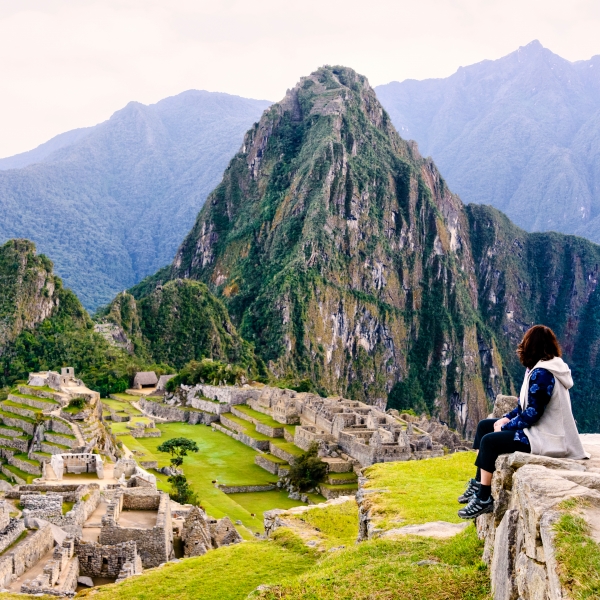 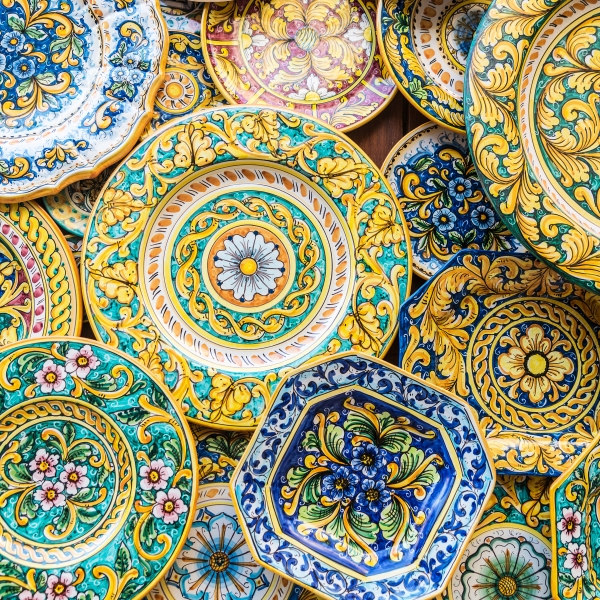 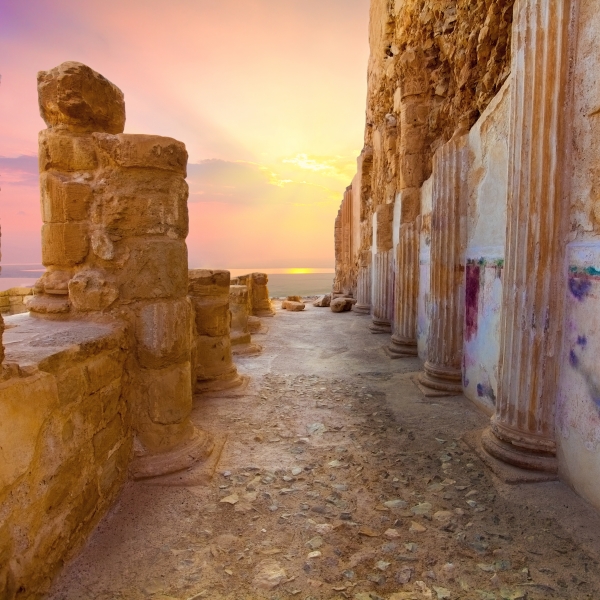 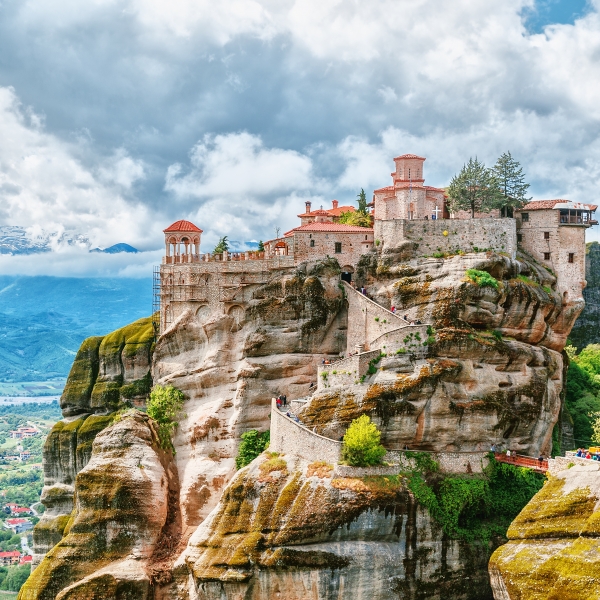 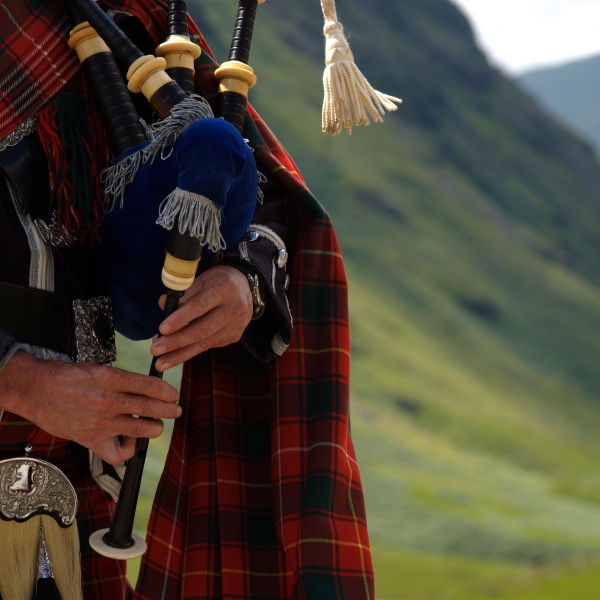 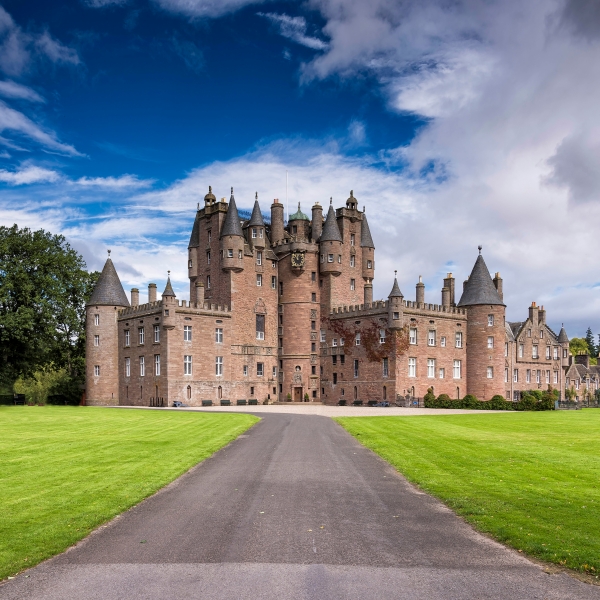 Walking connects you to all things local. The scent of pastries from a village bakery. A vibrant field of wildflowers dancing on a breeze. The bleating of goats herded along by shepherds. And, of course, the people who greet you to their little corners of the earth. These delightful moments anchor you to the “now” of a place. They inspire you to slow your gait so you can experience it more fully.

Then there are the grand historic sites stop in your tracks. You know the ones … they’re shrouded in legend and mystery. Their outsized role in the story of a place sets your imagination reeling. And witnessing them can be as meaningful as the most personal encounters you might have with all things local.

We dug deeper into five of our favorite historic show-stoppers. Each one is hugely impressive at face value. And when you peel back a few layers, they offer unexpected surprises that add to their already momentous cachet.

Monasteries of Meteora: Closer to the Divine

The Greek Orthodox sanctuaries perched on gigantic rock pinnacles are a visual spectacle, to be sure. As serene as these lofty retreats appear, they were born from conflict. The first monastery was built atop the Broad Rock in the mid-1300s. Its elevated roost provided solitude for the monks. It also protected them from turmoil below – at the first sign of danger, they simply pulled up the ladder. National Geographic magazine succinctly puts it this way: “Restricted access kept the faithful in and the faithless out.” As Turkish raiders moved in, more monasteries were built. Of the 24 constructed through the 17th century, six survive.

For centuries, there were two ways to access these sacred sites: Climb up those retractable ladders or ride up in large baskets tossed down from above. Worn-down ropes were replaced only after divine intervention willed them to break, so pilgrims took a literal leap of faith to live the contemplative life. Thankfully, today’s traveler can visit via rock-cut stairways or roadways during our Greece: Athens, Delphi & Meteora.

Glamis Castle in Angus, Scotland (pronounced “Glarms”), was the childhood home of the mother of Queen Elizabeth II, often known as the Queen Mum. Its magnificent grounds are listed on the prestigious “Inventory of Gardens and Designed Landscapes in Scotland.” The stately edifice is less known as the setting of two legends – one purely fictional and one mysterious.

Most famously, Glamis was the setting for Shakespeare’s MacBeth, the tragic tale of the unraveling king and his power-hungry Lady. Fast forward to the 1800s, when Sir Walter Scott told of a secret room that was later believed to hold a captive. During an overnight stay the author of Ivanhoe wrote of hearing “door after door shut, after my conductor had retired.” Smithsonian magazine contends that the mystery endured from the 1840s to 1905. Rumor had it that the prisoner was a deformed child who was the rightful heir to the British throne. Victorian culture being what it was, the unseen royal was called the “Monster of Glamis.”

Hear more castle intrigue and learn about the Queen Mum’s early life when you visit during our Scotland: The Highlands Walking Adventure.

You might think Italy is the last place you’d find a treasure trove Greek history and culture. But historians know the ancient site of Syracuse as the cultural center of Magna Graecia. Cicero called it “the greatest Greek city and the most beautiful of all.” You’ll come to know it as one of Italy’s many astonishing surprises. Ancient Greeks colonized Southern Italy and Sicily in the 8th century BC. In Syracuse and beyond, the new-rich of Greece established coastal and agrarian city-states. They lived a high life of ornate houses, fine clothing, and lavish banquets. A renaissance-style era gave rise to artists, exotic entertainers, and universities.

Syracuse fell to the Romans in 212 BC. Lucky for us, architectural ruins and art from Magna Graecia remain in the city’s Ortygia district, a region UNESCO calls “a unique testimony to the development of Mediterranean civilization over three millennia.” A local guide accompanies you on a walk here during our Italy: Sicily Walking Adventure.

No other historic site so vast and so consequential keeps its secrets so well hidden. For many, that’s the irresistible allure of Machu Picchu, the ancient Inca site spread across a saddleback mountain in the Peruvian Andes. Scholars date its construction to 1450 or so, but no one knows for sure why it was built. It might have been a military garrison, a royal retreat, or a ceremonial site.

No one knows how Machu Picchu was built, either. But all agree that Incan ingenuity was boundless. Stones were brought here without the help of wheels. They were cut without iron or steel tools. And though they were assembled without mortar, they fit snugly together like a meticulously crafted puzzle. “And since the Inca had no written language,” National Geographic points out, “no records exist to explain the exact purpose of the site.”

See what secrets you can uncover during our Peru: Machu Picchu & the Sacred Valley Walking Adventure.

The takeover and siege of Herod the Great’s palace-fortress that sits atop a towering rock plateau is well-documented. By some accounts, Sicarii Jewish rebels jumped to their deaths rather than be captured by the Romans who had clambered to the top of the formidable rock. We hear less about the massive Roman undertaking that led to the conquest. And that’s a shame, because it is of interest to walkers.

By the time of the siege, the Roman army had grown into a well-oiled fighting machine. They encircled the base of Masada with a 10-foot-tall stone wall to prevent the escape of their captors. A series of camps surrounding the wall were connected by a path. Popular Archaeology describes the path’s purpose: “In an era before field telephones and walkie-talkies, the runner’s path was the line of communication [to carry] orders from camp to camp.” You can see evidence of the camps, the runner’s path – and of course, of the hilltop fortress – during our Israel: Galilee, the Dead Sea & Jerusalem Walking Adventure.