&noscript=1” />
Home
Blog
Get To Know Your Geisha: 4 Facts About This Japanese Tradition

Get To Know Your Geisha: 4 Facts About This Japanese Tradition 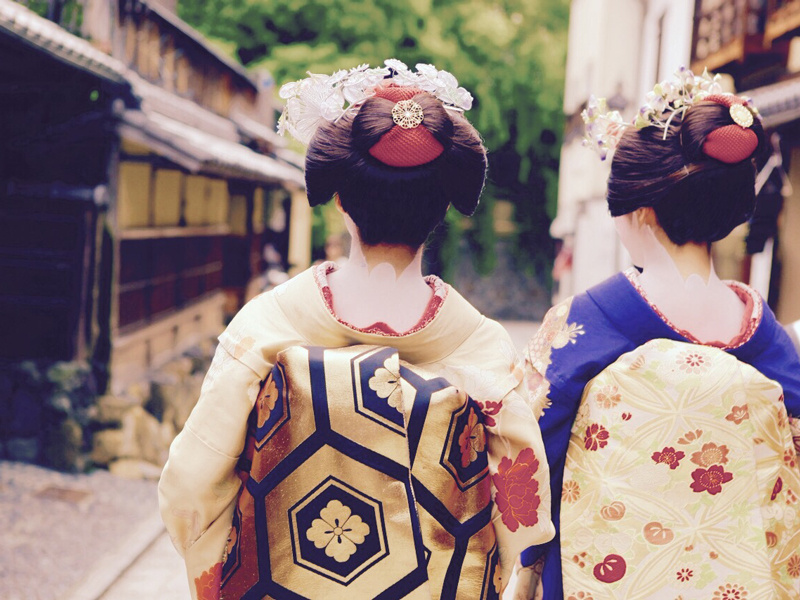 Japan has an undeniably rich history - from its feudal-era scroll paintings to the neon-lit youth culture in its bustling cities today. Some older aspects of Japanese society, however, bear complicated legacies that are often misunderstood by gaijin, or outsiders.

This is especially true of geisha culture, which travelers will experience firsthand on the Country Walkers Japan: Kyoto, Nara & the Kumano Kodo tour.

Let's cut through the rumors and get down to the truth about geishas:

1. Geisha is originally a male profession

According to the Asian Art Museum, geisha first appeared in Japanese society circa 1730 and provided assistance to courtesans, who entertained wealthy or powerful men of the time. At first, geisha were men who dressed comically and played music. Female geisha weren't seen until 1750, but by 1780 they were almost exclusively women.

Women who became geisha had to first study for years in houses with other maiko (apprentices) to learn social and artistic skills. These include singing, dancing, playing the samisen—a cross between a ukulele and lute—and conducting a Japanese tea ceremony. Sometimes, women were pressed into the role of geisha as indentured servants because of debts owed by their parents.

By the mid-1900s there were about 80,000 geisha. Today's geisha number in the low thousands, but their unique tradition is unlikely to ever completely disappear.

Geisha and maiko women dress much the same as they did hundreds of years ago. But while both don bright robes and white face paint, only geisha wear the elaborate bun hairstyle called shimada, which dates back to the Edo period of Japanese history, according to Encyclopedia of Hair: A Cultural History.

4. Geisha are figures of cultural renown

Geisha began appearing in art shortly after their societal emergence, frequently in paintings of the bijin-gastyle but also in other forms of art. Geisha are common in Noh plays and bunraku puppet theatre. Famed Japanese director Kenji Mizoguchi made geisha the subjects of three most renowned films: A Geisha, Sister of the Gion and The Life of Oharu.

To learn more about our walking tours in Japan, click here. To request a free Country Walkers catalog and learn more about other exciting destinations throughout the world, click here. If you would like to speak with one of our Travel Experts, please call 800.234.6900. They are available Monday-Friday from 8:30 a.m. to 6:30 p.m. EST.