Though often taught as a simple counting game (say it with us: five syllables, seven syllables, five syllables), the ancient Japanese tradition of haiku is actually one of the most nuanced, profound, and surprisingly hilarious writing forms ever created. Developed by itinerant poets for whom travel—and walking in particular—was a way of life, it's a great tool for exploring the Land of the Rising Sun. But, even better, it's particularly well suited for capturing your own travel memories in a succinct (and resonant) way.

The Origins of Japanese Haiku

Haiku as a tradition dates back to ancient Japan. It’s fore-bearer, renku, was a sort of combination parlor game and performance art—part poetry reading, part rap battle. In it, poets would take turns improvising humorous (and, to be honest, often filthy) verses that built on each other’s themes and styles. Haiku, as a form, stripped out some of the one-upmanship and simplified the style to its essence. The winking sense of humor, however, stayed—in fact, a rough translation of haiku would be “amusing verse.”

You can hear that sense of humor in the haiku of Kobayashi Issa, a poet of the 1700’s who, if he’d been living today, would almost certainly have a Twitter account. Here are a few of my favorites:

“Even with insects—
some can sing,
some can’t.”
—Issa

Still, Issa (and haiku in general) isn’t just about jokes. Consider the confusion and longing conveyed in this brief verse, written on the occasion of his daughter’s death:

The Elements of Haiku

One of the central elements of haiku is the concept of kiru, or “cutting.” The idea is that every haiku must have a twist or a change in direction that allows the poem to comment on itself. Consider the odd reversal of the last line in this poem from the 1600’s by Matsuo Basho, considered the finest Japanese poet of all time. (Coincidentally its setting, Kyoto, is the starting point of our Japan: Kyoto, Nara & the Kumano Kodo tour!)

“Even in Kyoto—
hearing the cuckoo's cry—
I long for Kyoto.”
—Basho

Another key element of a poem is a kigo, or seasonal reference. The goal is to give a sense of timeliness to the poem—a date stamp to fix it in the reader’s mind. Examples might include a reference to a flower that blooms at a particular time of year, an animal likely to be sighted in a specific season, a seasonal food, or an explicit allusion to the temperature. For instance, we love the deadpan humor of this verse by Hirose Izen, who really wants to make clear to you that plum blossoms are in bloom:

Or this one by Issa, who isn’t fully convinced that spring has sprung: 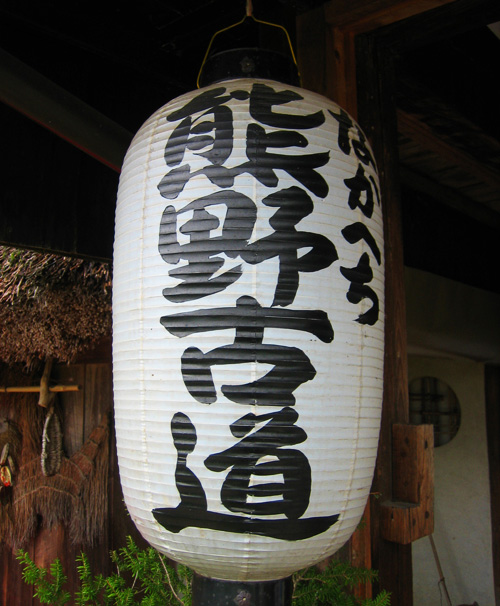 But our all-time favorite aspect of haiku is its obsession with travel. Many haiku poets were dedicated walkers, intent on exploring as many parts of Japan on foot as possible. Often, they collected their haiku in prose travelogues, which today provide an amazing window into daily life in shogunate Japan (we recommend Basho’s Narrow Road to the Interior very highly). In fact, you can visit countless specific sites in Japan today and see how your impressions match up with what poets like Basho and Issa had to say about them centuries ago.

For instance, on the third day of our Japan trip, we visit Nara’s historic Todai-ji, a complex of ancient temples, shrines, and gardens. Here, you can explore the colossal Great Buddha Hall, a magnificent building of dark wood beams and white panels, which houses the world’s largest bronze Buddha, and wander the formal gardens, home to wild sika deer. Even better, you can do it with Basho as your travel guide:

“Water Drawing!
the clogs of the monks
make an icy sound”
—Basho

Or keep the poetry of Yosa Buson in mind when you visit Osaka. After all, he spent his life there:

“He's on the porch,
to escape the wife and kids—
how hot it is!”
—Buson

“Before the white chrysanthemum
the scissors hesitate
a moment.”
—Buson

“Buying leeks
and walking home
under the bare trees.”
—Buson

“Calligraphy of geese
against the sky—
the moon seals it.”
—Buson

How to Use Haiku to Capture Travel Moments

As a traveler, haiku can be a great way to jot down impressions on the go. Forget about those syllable rules and simply catch a verbal snapshot of your experience. Try to hint at the season in words (kigo) and try to find something that surprises you in the moment (kiru). It’s easy, straightforward, and a wonderful way to bring your experience home with you.

Also, it might just make you famous. Consider the case of Basho, whose haiku “The Old Pond” became a sensation in Japan, making him a celebrity in his own lifetime. It might just be the world’s first Top-40 Hit:

“The old pond—
a frog jumps in,
sound of water.”
—Basho

The juxtaposition of the quiet and stillness of an ancient pond with the immediacy of a frog’s plop into the water is striking. It hints at how the ancient and venerated can co-exist with the young and immediate, how the reverberations of a moment can stick in the mind. Significantly, he never actually describes the “plop” of the frog. Instead, he just says “the sound of water” and so we must draw on our own memories to bring it to life—and so Basho’s experience in the 1600’s echos with our own, much like the ripples on the pond. A place, an experience, a memory: isn’t that what travel’s all about?