The Best of Dingle Bay, Ireland 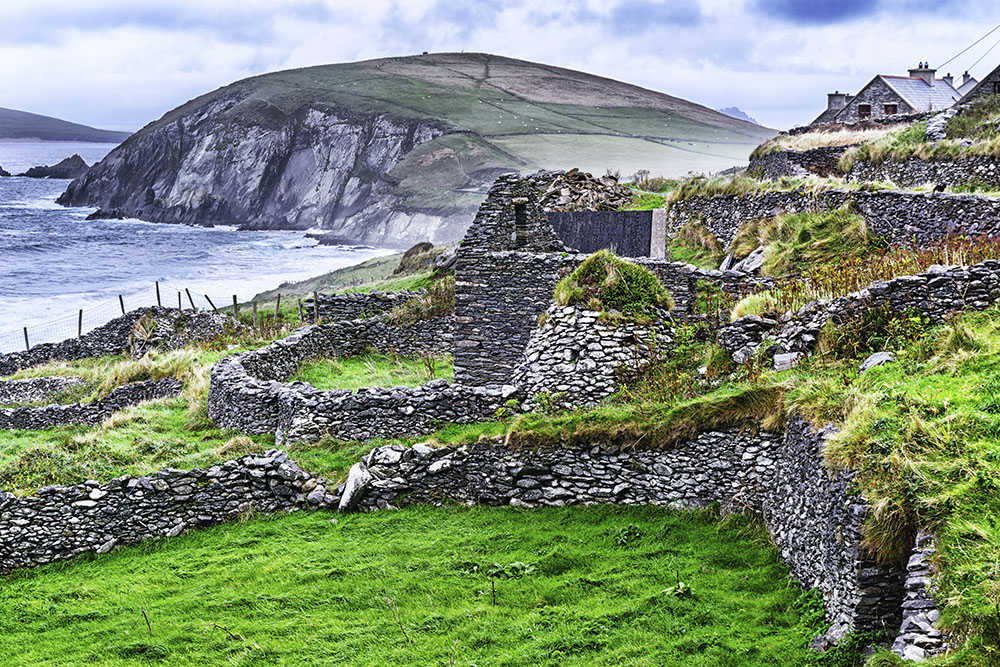 In the Harbour of Dingle in County Kerry, Ireland—where I was lucky enough to enjoy a Self-Guided Walking trip with my husband last month—there’s a resident dolphin who has become a bit of a celebrity. Named Fungie, he is quite literally omnipresent, popping up on postcards and shop displays throughout the town. In fact, a local boat tour goes so far as to promise a full refund of your ticket if you don’t see him. And while I’m sure there’s some quite rational, scientific explanation as to why the animal sticks around, as I walked through the Dingle Bay region, I couldn’t help but imagine that this popular porpoise kept coming back for the same reason I wanted to—this is one very special place. 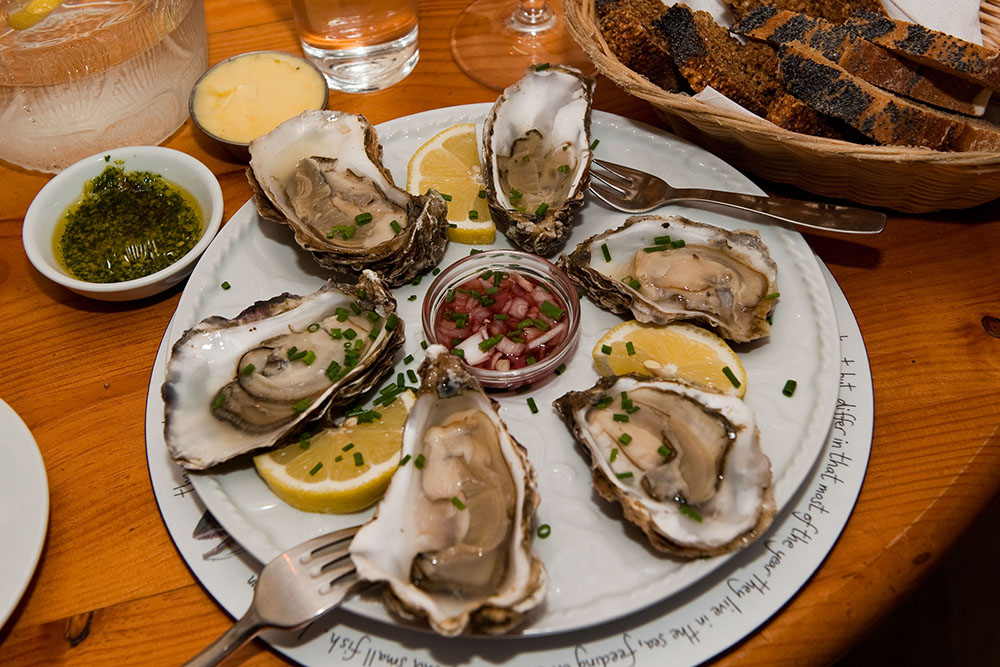 One thing Fungie and I could agree on right away was the seafood. My husband and I enjoyed classic fish & chips, oysters, seafood chowder, and prawns during our stay in the region. A few doors down from our hotel, we enjoyed quite a meal at a locally renowned seafood restaurant named Doyle’s. There, in a beautiful stone building with an old-home atmosphere, we enjoyed a surprisingly sophisticated meal—oysters on the half shell, shellfish risotto, and fish and chips with a tangy remoulade. Our taxi driver one day recommended another restaurant called Out of the Blue for the freshest seafood around. That’s about your only option there, too—no chips, no sides, just fresh seafood. Delicious! 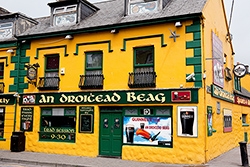 That recommendation from our taxi driver hints at another of Dingle Bay’s great perks: the amazing sense of community. The town felt amazingly small and friendly. After meeting the bartender in our hotel, we later saw him out and about; he offered a friendly hello and raised his glass to us at a local pub.  That same taxi driver who delivered us to Ventry beach the day before honked his horn and waved as we walked down the street. When we stopped by The Dingle Pub for steak and Guinness pie one night, we were treated to a few displays of the owner’s nephew step dancing—he turned out to be a three-time World Irish Step Dancer. 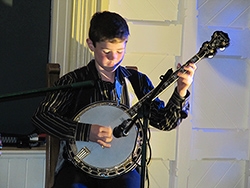 Champion step dancer or no, we enjoyed a lot of live performance during our stay in Dingle Bay. Simply put, live music was everywhere. When we checked into our hotel, our concierge gave us a map of the town with suggestions as to the best places to go for traditional Irish music. Over the next few days, we visited as many as we could. At places with names like John Benny’s, The Court House, Foxy John’s, Mighty Sessions we took in talented fiddlers, bodrhán players, tin whistlers, and more. Really, we just scratched the surface of what was out there, too. As one joke puts it, Dingle Bay has 52 pubs, so you could get kicked out of a pub a week and not repeat any for a year! 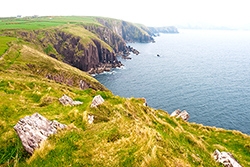 Of course, this being Ireland, not all of the pleasures were food, drink, and dance related. We enjoyed some of the most dramatic walks of our lives in the beaches and headlands around Dingle Bay. One windy, grey day, we started out on the beautifully abandoned Ventry Beach. After a few minutes of walking and picking up seashells, we were startled by a group of horses galloping down the beach. What a beautiful site! Later, we enjoyed picking our way between farmhouses up a hillside, past fuchsia dripping over stone walls, orange montbretia encroaching on the roadway, and dozens of other shades of wildflower whose names I didn’t know. We followed ancient stone walls above the Atlantic Ocean, with fields of gorse, heather and fern rising into a mountainside to our right. Passing through a herd of sheep—we were amused by their blank expressions as they watched us pass through. 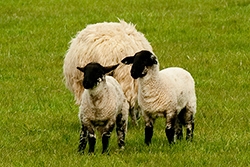 This being Ireland, it was often overcast, but that made it all the more dramatic when the sun fought to peek through the cloud cover, casting rays of light on the ocean and the green fields. We passed the remains of “Beehive Huts”—stone houses built into the hillside, their roofs long since fallen in. Rounding a corner, the ocean view revealed the Blasket Islands shrouded in mist, and the serene Coumeenoole Beach. It was a gorgeous walk—perfectly complimented by a very large serving of Rhubarb Crumble pie and cup of coffee at the bayside Slea Head Café when we were done. Fungie would be proud.