Close
Home
Blog
In Basilicata, Chef Antonietta Invites You to Dine in the Home of Gods

In Basilicata, Chef Antonietta Invites You to Dine in the Home of Gods 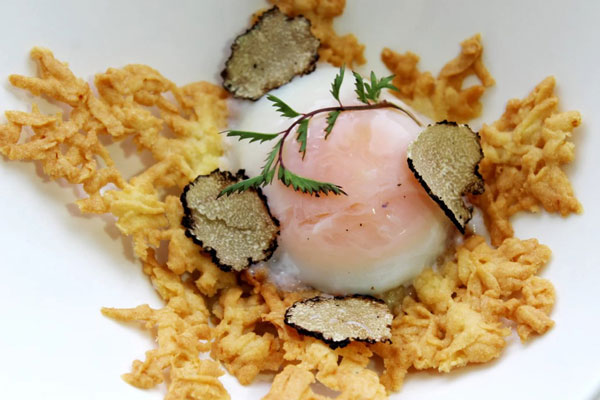 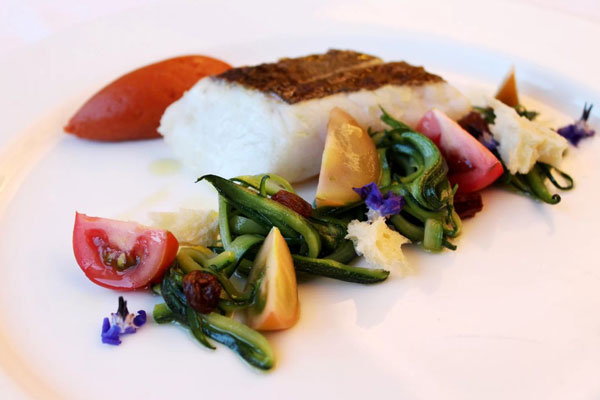 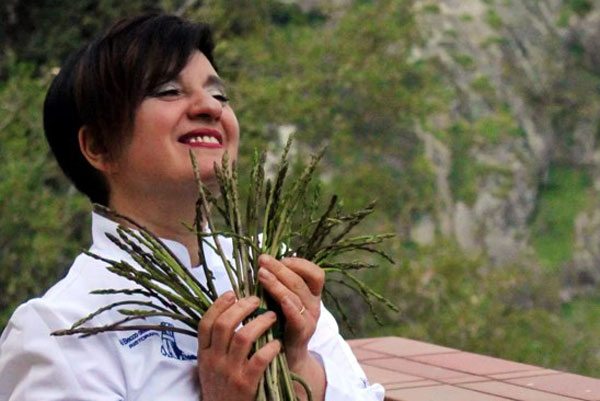 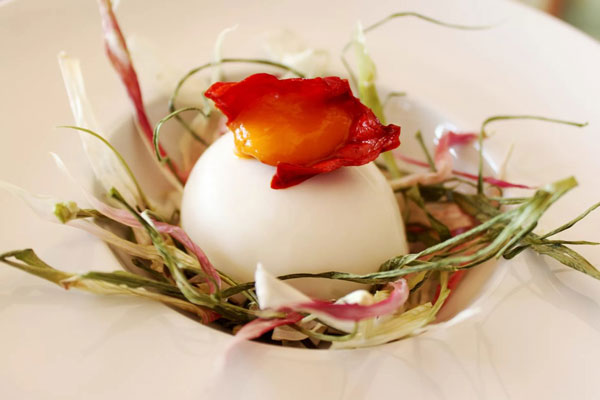 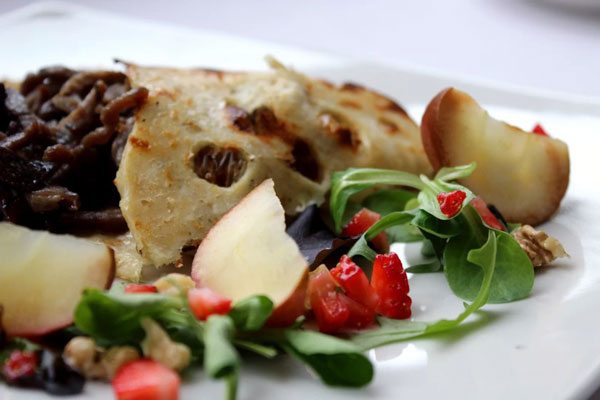 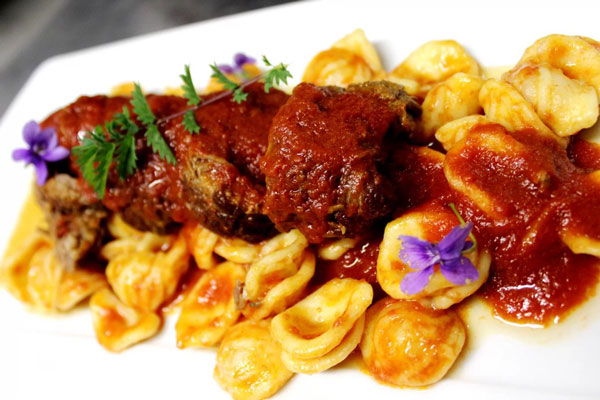 Chef Antonietta Santoro—the passionate, bon vivant restaurateur of Italy’s little-known Basilicata region—conjures other worlds when she describes her creations. For instance, placing a delicate fava bean purée and chicory in front of you, she may reference both personal history and ancient myths. “I learned to make this dish from my mother,” she says. “But let’s not forget that Aristophanes named it as the favorite meal of Hercules in 405 BC!”

Larger-than-life influences seem to be everywhere in her Michelin-rated osteria, Becco della Civetta. Dining alfresco on the terrace, the Dolomiti Lucane pinnacles soar around you like colossal sentinels, keeping guard over the village of Castelmezzano and its tiny houses clinging to the hillside. There is no other dining room like this in the world. It’s is larger than life—epic, gargantuan, even a home to gods.

A Passion for Italy’s Rural Traditions

Though grand in her vision, Chef Antonietta’s ambitions started simply enough. A former law student, she decided to open a brewery in her hometown in 1989. This was an inspired choice. There is a magical blend of divine veneration, culinary reverence, and family tradition steeped into all things in this magnificent hillside enclave that Frommer’s has called “one of the best places you’ve never heard of.” From the start, Chef Antonietta sought out to embody her region’s spirit—and preserve it for future generations.

A huge part of this is a passion for nature. “Nature’s pharmacy has a lot to offer in the prevention of disease,” Chef Antonietta says, and she brings that philosophy to her cuisine. Take wild fennel. It grows in abundance in Basilicata, lining walking trails and filling the mountain air with its distinct fragrance. She adds it to her fava bean purée to give it local flair. And fennel isn’t the only treasure for which she hunts. It’s not unusual to find her foraging along local pathways—or even climbing steep hillsides—in search of wild herbs so that she and her guests can benefit from their medicinal properties.

Cooking in Harmony with the Seasons

Just as Chef Antonietta strives to serve up the best of Castelmezzano’s natural bounty, she also seeks to serve it on nature’s timetable. Once again, the region’s age-old traditions serve as a guide.

Take the local dish of cuccia, for instance. A cousin of the fava bean purée, it’s a multi-bean concoction made with different grains. Ritual dictates that it be prepared for the Winter Solstice, the shortest day of the year, but locals might start serving it up from mid-December onward. In that spirit, Chef Antonietta punctuates her menu with local dishes served at just the right time.

No Basilicata restaurant is complete without the presence of the peperone crusco, the crusco pepper, a symbol of local cuisine. Families here harvest and dry them in July and August, so they can be eaten as chips and added to pasta and meat dishes for flavor and color during the winter. So prevalent are they to the culinary culture that residents hang them in brilliant red necklaces (called sertes) to dry in the sun—In windows, on balconies, and on walls.

Crusco means “crunchy” in the local dialect, and there’s a ritual to giving the peppers their distinctive snap. It begins, surprisingly, in the dark, as they are placed on cloths for three days away from the light. Then they are strung into a garland and hung in the sun to dry. Once they’ve dried, the cooks of Basilicata simply remove them from the serte as needed. You can be sure that you’ll sample this local delicacy in one of Chef Antonietta’s dishes.

Dining in the Shadow of the Beak of the Owl

There is another tradition that the people of Castelmezzano embrace: naming the rock formations for what they see in them, much in the way we see ever-changing figures in clouds. “In one of the tallest peaks surrounding the terrace,” Chef Antonietta says, “I saw the beak of an owl—and so I named my restaurant for it, Becco della Civetta.”

This habit of naming the rocks surely infuses them with their own personalities, perhaps in the way that ancient people believed that all elements of the natural world were possessed by a benign spirit. So we finish where we started. Savoring every morsel on that spectacular terrace, surrounded by the rock massifs of the Dolomiti Lucane, you are a guest in the home of gods.

Enjoy lunch among gods on the terrace at Chef Antonietta’s Becco della Civetta during our Italy: Otranto, Matera & the Puglia Coast Walking Adventure.