The nations of Southeast Asia and the Indian subcontinent all boast rich histories dating back thousands of years, full of sights and experiences guaranteed to pique the interests of bona fide history buffs and casual observers alike.

Off the southern coast of India, in the midst of the Indian Ocean, Sri Lanka stands out as a truly treasurable vacation destination, a place that's explored far less frequently than many of its neighbors. And the ancient ruins of the sacred city Anuradhapura is perhaps the most prominent jewel in its crown. 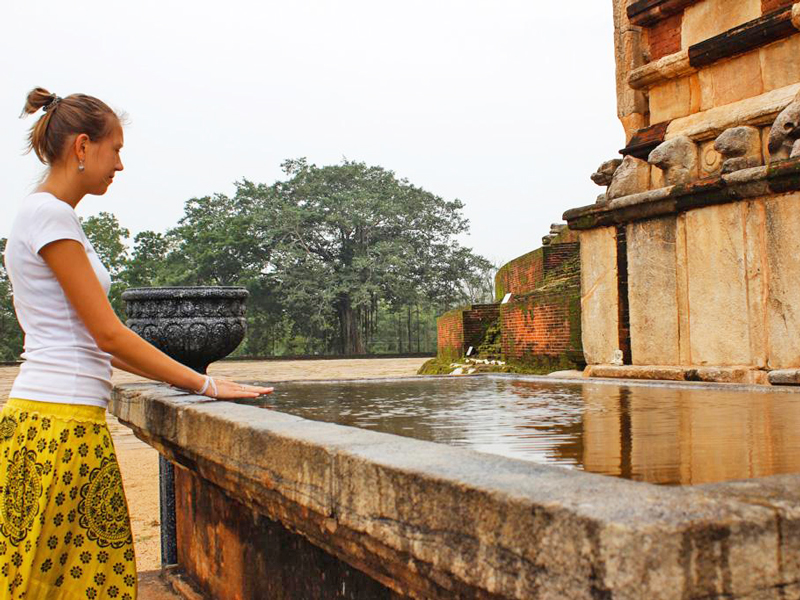 Country Walkers adventurers who try our Sri Lanka: Ancient Temples & Tea Trails (Note: this tour is no longer offered.) tour can see Anuradhapura’s wonders for themselves. But first, let's learn some more about this lush and majestic kingdom hidden deep within an island paradise:

History is such an important part of any visit to Anuradhapura, so those who visit should expect local cultures past and present to entwine everything. According to UNESCO, Anuradhapura dates back to approximately the third century B.C. Until the late tenth century A.D., it was an active, flourishing city and the nation's capital, when Sri Lanka was known as Ceylon. In the wake of the Chola invasion in the year 993, Anuradhapura was later abandoned, and the surrounding jungle reclaimed it. Anuradhapura wouldn't see civilization again until 900 years later, when early excavations began.

Faith in the tropics

These days, tourists can view Anuradhapura’s many temples and dagobas - Buddhist shrines, not to be confused with Dagobah, the home of Yoda in The Empire Strikes Back. Devout Buddhists from the Theravada sect believe that the Tree of Enlightenment grew in Anuradhapura, which dictates much of the city's importance to their faith. Visitors will likely see more than a few Buddhist ceremonies taking place around the ruins, such as the Sri Maha Bodhi, a ceremony that honors the tree or the Ruvanvelisaya Dagoba.

The Sri Lankan metropolis is also home to Wilpattu National Park, which offers regular safaris through its protected grounds. A variety of jungle wildlife inhabit Wilpattu, including the endangered Sri Lankan elephant, leopard, wild boar, sloth bear, and spotted deer. That said, Lonely Planet also notes that the animals in the park are more skittish than those in other areas of Southeast Asia. For those experienced travelers who may have communed with nature in other parts of the region, be patient and do your best not to spook these noble creatures.