Why Slovenia Is the One European Country You Need to Visit

Certain landscapes appear on almost every world traveler’s bucket list: a deserted beach fronting sapphire Mediterranean waters, medieval cities traversed by ancient rivers and dotted with streetside cafes, highland meadows of vivid green framed by snowcapped alpine peaks, hillsides mantled in terraced grape arbors climbing towards a rustic winery. While globe trekkers may disagree about the particular destinations best suited for each of these vistas, I think it’s safe to say that few would put Slovenia at the top of their list. Which is a shame, because they should. Slovenia is all of those landscapes rolled up into one tiny country.

To understand what makes Slovenia so special, you first need to find it on a map. The country sits at the very top of the Adriatic, shoulder to shoulder with Italy and Croatia, its back to the Alps and the broad Hungarian steppe. As such, it’s situated exactly at the crossroads of Europe’s most iconic destinations: Austria’s mountain villages, Italy’s Venetian wine country, the Adriatic’s sun-swept seacoast, and central Europe’s distinguished Renaissance cities. Though Slovenia’s total area is roughly equal to the state of Massachusetts, it manages to embody all of those settings in one country.

For most travelers, their first exposure to Slovenia’s charms comes when they fly into Ljubljana, the national capital. Located in the heart of the country, the city proudly wears its many influences on its sleeve. With waves of construction in Roman, Venetian, Viennese, and French styles, its architecture is a beautiful melding of many traditions. Ljubljana is most often compared to Prague—and for good reason: the renowned architect Jože Plečnik, who designed parts of Prague Castle, created many of the city’s bridges, prominent buildings, parks, and plazas. But perhaps that comparison doesn’t do it justice: with restricted car traffic, a vibrant, perpetual street party of a café scene, and the graceful arc of the Ljubljana River carving a green-bordered path through the city, it has a magic all its own. It’s no wonder the EU named it the “Green Capital” or Europe for 2016. 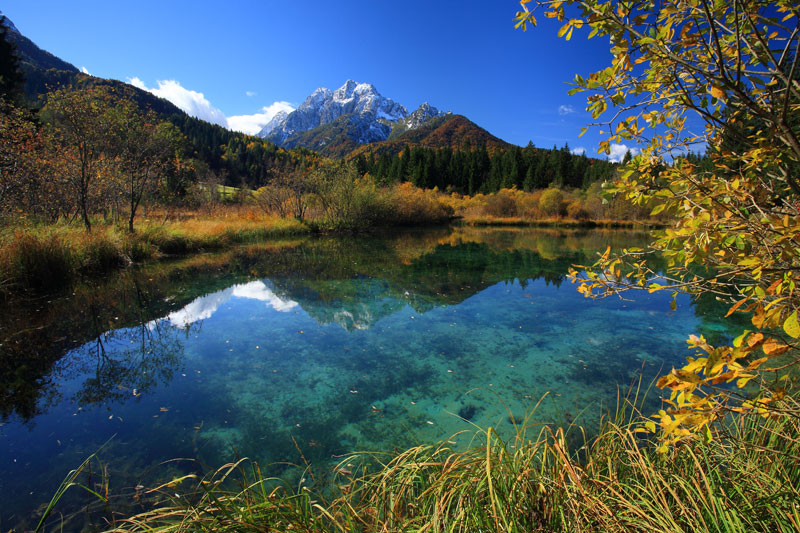 In northwestern Slovenia, Triglav National Park presents vistas of the Julian Alps: craggy peaks, pine forest, and fields of alpine flowers like Turk’s cap lilies and gentian. Walkers here would be forgiven for thinking they were in Austria, which borders the park to the north. Strolling beside the glacial, blue-green Lake Bohinj—admiring views of snowcapped pinnacles and lush green meadows—it’s incredible to think that this is within an hour’s drive of Ljubljana. While in the region, don’t miss out on the iconic Lake Bled, a serene body of water watched over by the towering orange-roofed Bled Castle and plied by traditional pletna boats.

Western Slovenia, along the border with Italy, takes on a more Mediterranean character—thanks in part to the temperate breezes that follow the Soča River Valley up from the Adriatic. It’s here, among the hills and orchards of the Goriska Brda region, that Slovenia is making an international name for itself in viticulture. Using ancient techniques—such as aging wine in large earthenware vessels lined with beeswax called qvevri—these vintners have been producing world-class Rebula, Pinot Grigio, Merlot, and Cabernet Franc. Try them for yourself during a stop by Klinec, a family-run vineyard in the hilltop town of Medana, whose terraced fields create a lovely backdrop you’d swear was straight out of Italy. 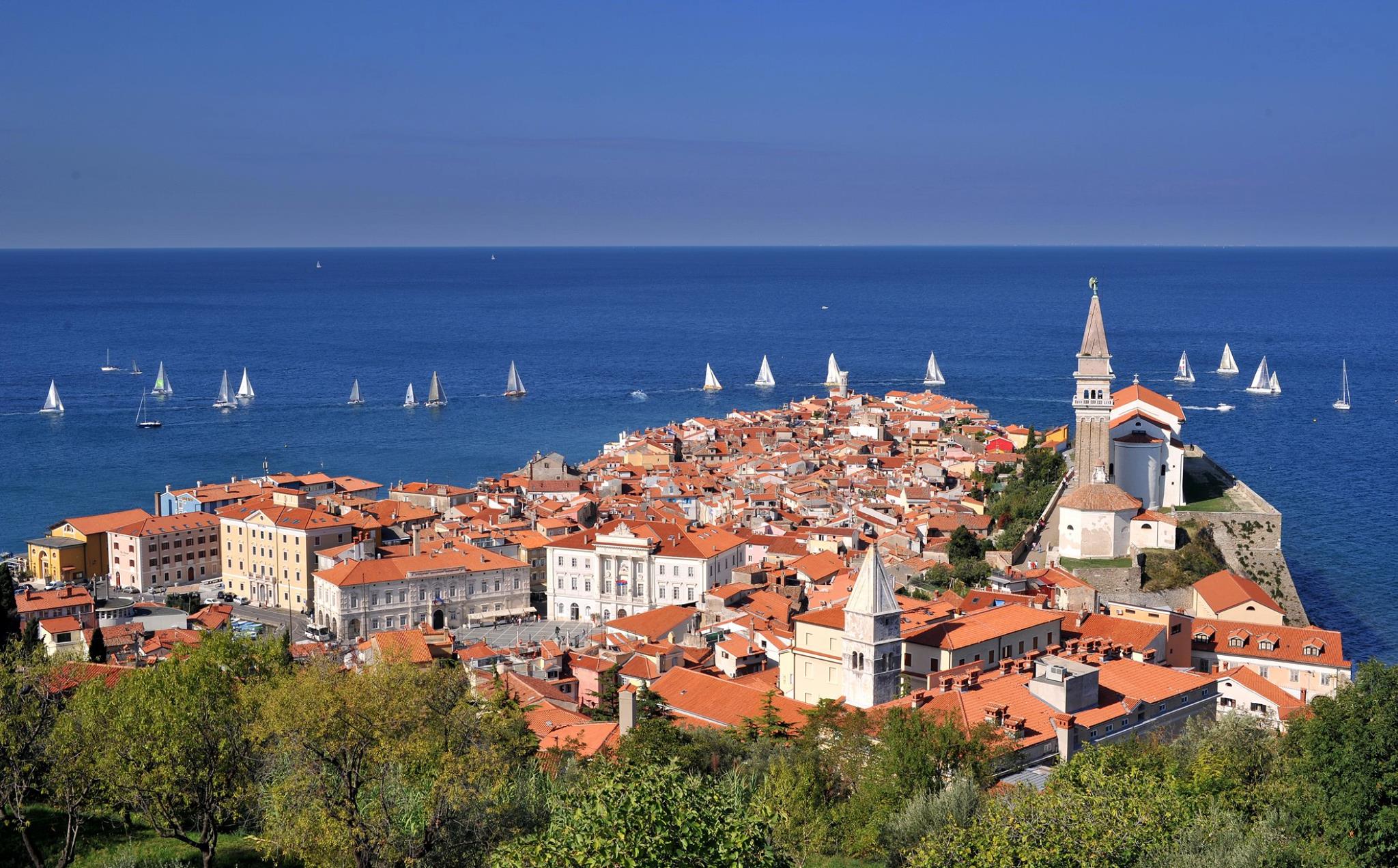 Round out your travels in Slovenia with a visit to Piran, a seaside town on the Adriatic coast that could be Venice’s long lost younger sibling. In fact, the city was a former territory of the Venetian empire and boasts a freestanding bell tower that’s an exact scale replica of the St. Mark’s Campanile in Venice. With its neo-gothic alleyways, historic townhouses painted sherbet colors, quaint marina, and charming seaside restaurants, Piran has just the feel of an Italian fishing village. In fact, it’s only missing one thing: the tourists.

If Piran is a jewel of the Adriatic coast, salt is the currency that made it sparkle. For centuries, Venetian traders made their fortunes on the Sečovlje salt flats, an otherworldly region (now a nature park) just a short drive from Piran. Here, workers still harvest the mineral in the traditional manner, surrounded by an eerie white landscape that hosts a unique mix of flora and fauna, such as white herons, and rare halophytic plants. Walking here, passing tranquil evaporation pools and stands of seagrass, it’s easy to see why Slovenia is so special. Along with offering vistas similar to the best of Europe, it presents landscapes unlike anything you’ll find anywhere else.

Past guests: take advantage of exclusive offers from Country Walkers and our sister travel brands. Haven’t traveled with us? Learn more about the Xanterra family of companies on their site.