My Day Walking the Cotswolds

The Black Horse Inn was bustling for a Sunday afternoon. Locals crowded the stools by the bar, telling stories and guffawing over their pints. Waitresses weaved around the busy tables with platters of steak and kidney pie, Gloucester Old Spot sausages, and beer-battered cod and chips. The only pub in this little English village, the establishment had served as a hub of local color for over a century. My husband and I, glasses of Donnington ale in hand, had a prime spot for soaking up the scene. This was exactly what we came to England to experience. But rather than simply enjoying the ambiance, for the first time on our seven-day tour, we were feeling concerned.

Cory and I had come to the United Kingdom to celebrate our first wedding anniversary. As fans of the BBC’s The Last Kingdom, we found ourselves drawn to the Cotswolds—a beautiful quilt of rolling pastures, fairytale woodlands, and charming villages in south central England. Less than a two hour train ride from London, the region is nearly 800 square miles of quintessential countryside punctuated by lively market towns, romantic castles built from honey-colored stone, and miles upon miles of public footpaths. As we were both too busy to research our own trip, we trusted Country Walkers—and their Self-Guided Walking tours—to create the perfect vacation. 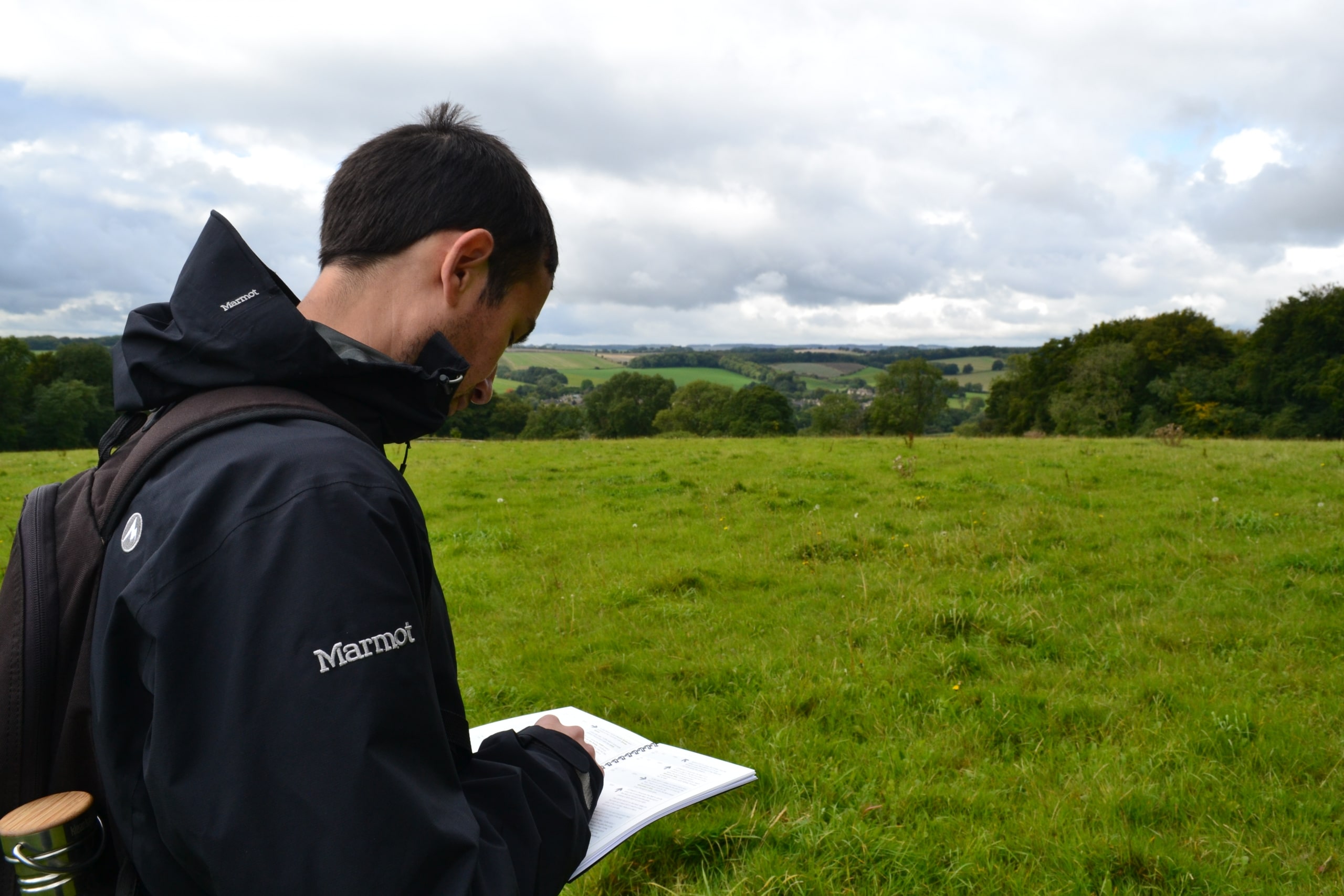 It turned out to be a great decision. Our detailed route notes were full of historical and cultural information as well as step-by-step directions that made navigating the network of paths simple. We had crossed pastures dotted with blasé sheep, strolled beside old stone fences, hopped tinkling streams, weaved our way through thickets, followed ancient Roman roads, and ambled down quaint alleys. We soon found ourselves in love with not just the region, but with Self-Guided travel style as well. 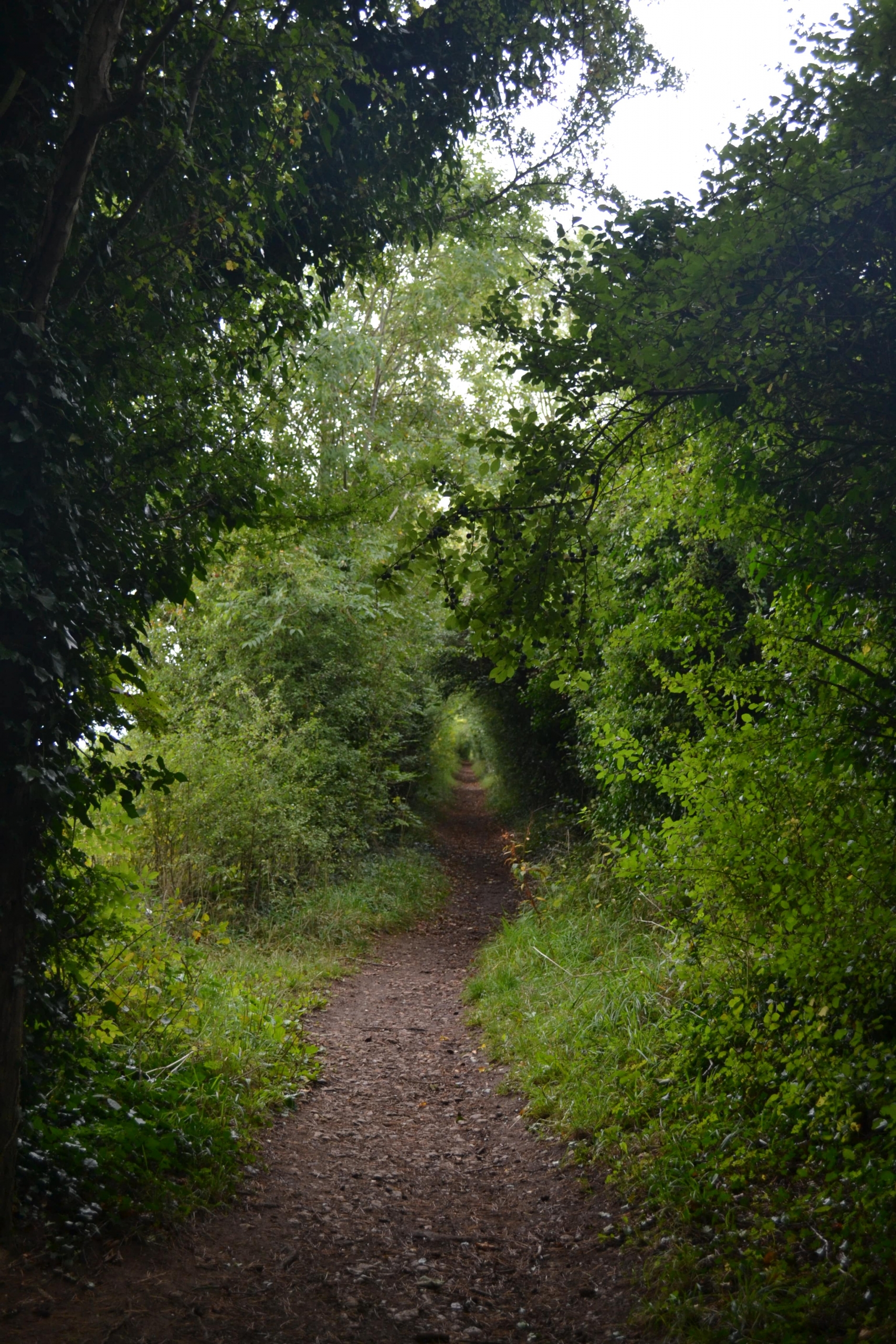 It was, perhaps, this zeal (and the ease with which we found our way) that led us to get a bit overconfident that Sunday. We decided to do the day’s recommended walking loop in reverse (surely we could follow our route notes backwards), and, for good measure, stopped checking our map along the way. The day had started out on a good foot. We began our morning with a hearty English breakfast at our inn, complete with fried eggs, local sausage, grilled tomatoes and mushrooms, baked beans, and savory black pudding. Bellies full, we set out into the morning mist to see what new adventures the day would hold.

We talked as we rambled, pointing out sights, puzzling over the gates between pastures, reminiscing about our college days, and sharing our hopes for the future (which often included, “So where should we go next?”). Sometimes we strolled along in silence, shifting between being lost in thought and totally in the moment. Somewhere along the way, we took a wrong turn.

I’d like to blame it on the gregarious cows in the neighboring field or the adorable children who went by on horses, but really we should have been paying better attention. Instead of turning at a well-marked trail sign, we followed a farm track about a mile in the wrong direction. After several minutes of walking with the nagging feeling that something wasn’t quite right, we stopped to check our map. Once we realized our mistake, we had a lively debate (as married couples do) about where we were and where we needed to go. It was actually fun getting a little lost and I wasn’t too worried either—the Country Walkers map and route notes were so detailed that it was easy to find our bearings. Plus I knew we could always call the local representative to help us if we were really in a pinch.

That incredible support was underscored by an encounter we had on our way back to that crucial intersection. Two German travelers, also hikers, stopped to chat with us on the trail. We soon discovered that the women were headed to the same destination as us, The Black Horse Inn. However, they had different ideas about how to get there. One woman flipped to a postage-stamp-sized map in her guidebook to prove her point, gesturing vaguely towards the pastures from which we’d just returned. Cory and I tried to explain that they were going in the wrong direction, but we could see that their minds were made up.

And so, when we arrived safely at the Black Horse, we found ourselves thinking about that German couple. As I sipped my brew, I couldn’t shake the image of these two women trudging into the distance, not realizing that they had gone astray. Where would they end up? How long would it take them to get home? To travel is to put faith in those around you—whether your spouse, a friend, a guidebook, or, yes, a tour company. Sitting with Cory, I suddenly appreciated how nice it was to feel total confidence that I’d put faith in the right place.

After what felt like an eternity, the door banged open. The two German women shuffled their way in, slightly chagrined, to find their place at the bar. My heart leaped, “We were so worried about you!” I exclaimed. They smiled. One of them explained that they had finally come upon a farmer driving down the road, who confirmed that they were definitely headed in the wrong way. We all laughed, before one of them went off to find a table. “She was so certain,” the other whispered, a twinkle in her eye as she passed by.