Since ancient times, when Roman conquerors came to Istria and, ahem, made themselves right at home, travelers have loved this beguiling peninsula. And no wonder: this heart-shaped pearl of land embraced by the Adriatic Sea harbors countless delights, including charming medieval towns, beautiful national parks, delicious cuisine, rolling hills, and fertile plains. But perhaps its most beguiling legacy is what all those visitors left behind. Touring Istria brings you face-to-face with historic sites spanning countless civilizations and over two millennia. Here are a few of our favorite highlights. 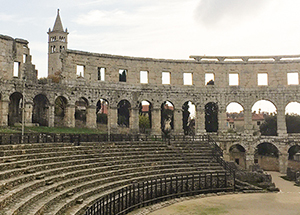 Boasting a population of 30,000 under Julius Caesar, the Istrian city of Pula played a prominent role as a Roman port—as reflected in the gargantuan dimensions of its ancient arena. Started in 27 BCE and not completed for 95 years, it remains one of the classical world’s largest and best preserved amphitheatres—and still hosts concerts on a regular basis! 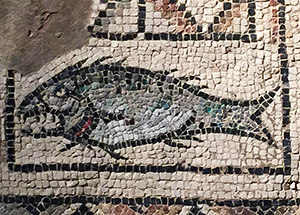 In the second half of the sixth century, Byzantine masters adorned the walls of the Euphrasian Basilica in Poreč, Croatia with a stunning series of mosaics. Today these early Christian masterpieces, together with the adjacent ancient Roman floor mosaics, have been protected as a UNESCO World Heritage site, which you’ll visit on Day 1. 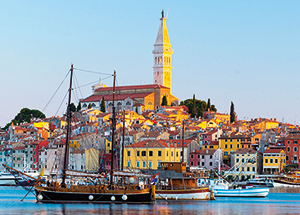 Piercing the skies above historic Rovinj, the striking bell tower of St Euphemia Church was erected between 1654 and 1680. Look familiar? Rovinj was ruled by the Venetian Republic until the late 18th century, and this pencil shaped, rose-colored beauty with its characteristic loggia was modeled after the campanile of St Mark’s Cathedral in Venice. 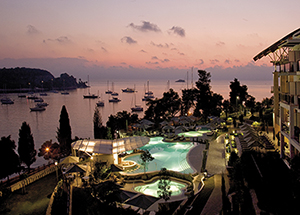 The 1880s ushered in a period of opulence for the seaside town of Opatija, which transformed itself into the Austro-Hungarian Empire’s first Adriatic resort. Villas, luxury hotels, and a sailing club were established to cater to wealthy vacationers—including Austrian emperor Franz Josef I. You can still enjoy Opatija’s Belle Époque charms at Hotel Sveti Jakov, the grand edifice where you’ll spend nights 4 and 5. 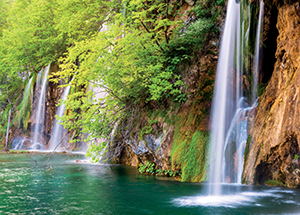 April 1949 saw the creation of Croatia’s first—and most beloved—national park. Now enshrined as a UNESCO World Heritage site, the park showcases an idyllic landscape of waterfalls, lakes, and lush greenery. Discover rare orchids and dozens of bird species as you celebrate your last full day in Croatia on Plitvice’s lovely network of trails and walkways.