3 Tips for Exploring Galway and the Bucolic Irish West 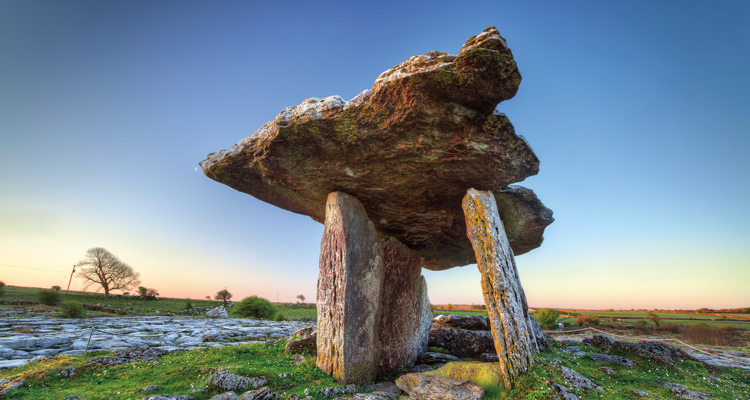 Galway is one of Ireland's most vibrant destinations. There's the city itself, which is growing in both population and economy, and the county surrounding it, highlighted by the traditional Connemara region. Its lush and rugged natural terrain draws so many visitors.

If you're considering visiting this part of the Emerald Isle, Country Walkers is there for you with our guided Ireland: Connemara & Galway Bay tour. There are some things you should know before you set out to explore the region:

1. Expect to experience the past...and the future

Throughout all of County Galway, but especially in Connemara, you should expect to hear people speaking Irish (Gaeilge). Public signage is often in both languages. Also, while walking in Connemara, you'll go miles without access to modern amenities, so keep your devices charged in case of emergency.

However, everything outside of Dublin isn't all quaintness and shamrocks. Galway in particular stands out for its filmmaking culture. It was designated as a UNESCO City of Film in 2002, has a strong manufacturing sector, and is gradually developing as a tech hub, according to Galway City Council. Don't be surprised by Galway's modernity.

Galway's proximity to the sea means it's no stranger to rain, so it's wise to bring along good raincoat and umbrella for walking in areas like Colman Kilmacduagh and the Aran Islands. Terrain occasionally turns rough along the cliffs and peat bogs, so good boots are a must as well. Last but not least, the region (and Ireland overall) is also fairly chilly, even in late summer and early fall, so pack layers to stay comfortable while you're out and about.

Attracted by esteemed schools such as Trinity College, students make up about one-quarter of Galway's population, according to Lonely Planet, and plenty stay after graduation. Young adults also define much of the culture and support a large part of the city's economy. Enjoy everything that lively student life brings to the city, especially in terms of music and art. Be sure to throw some cash to the buskers; their performance is part of what makes Galway great. If you decide to stop and listen for a spell, don't continue on your way without a monetary thank you. A euro or two is well worth the experience.

To learn more about our guided and self-guided walking tours in Ireland, click here. To request a free Country Walkers catalog and learn more about other exciting destinations throughout the world, click here. If you would like to speak with one of our Travel Experts, please call 800.234.6900. They are available Monday-Friday from 8:30 a.m. to 6:30 p.m. EST.