For countless centuries, the rocky bluffs and peaceful pastures of England’s Cornwall coast have beguiled painters, authors, musicians, and travelers alike. The reputed birthplace of King Arthur, the region has also served as the setting for Gilbert and Sullivan’s Pirates of Penzance, Daphne du Maurier’s Rebecca, and hosted three major schools of painters. It’s a well-regarded culinary hub, thanks in no small part to the area’s bounteous fresh seafood. Its delicate light is legendary throughout the United Kingdom—Americans might compare it to the dreamy sunsets of Cape Cod, whose town Truro was named for a village in Cornwall. Still, no description adequately prepares you for the experience of traveling there. With its quaint villages, unique locals, and restful atmosphere, it has a magic all its own. Here, Country Walkers President Timo Shaw reveals some of Cornwall’s secret charm, as revealed by seven photos from his recent travels there.

“I can’t tell you how friendly the locals here are. I met this man while strolling along a quay in Padstow, looking at the boats. He came up to me and started telling me the stories of some of the boats—who owned them and what they were used for. A lifelong fisherman, he was missing the tips of some fingers, where they’d been caught in the nets. What a fascinating character! Another time, I stopped to rest on a bench and an elderly couple plunked down beside me. We got to talking and it turned out that they had a son living in New Zealand—my home country.” 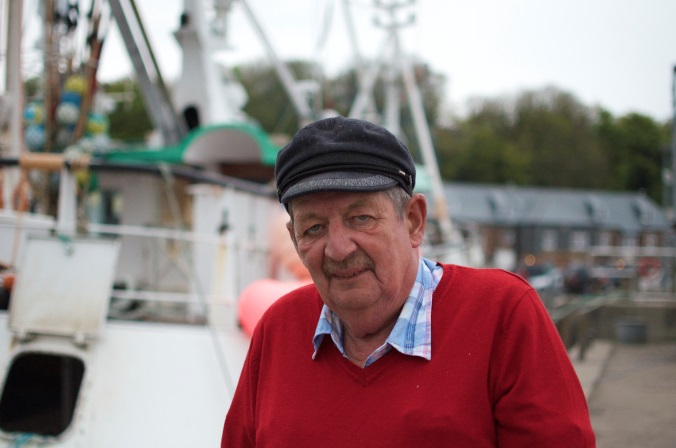 “This old tower, which I passed on the South West Coast path while walking a headland by the mouth of the River Camel, speaks to the little bits of history that punctuate your adventures here. An old “day mark,” which helped ships navigate while the sun was up, it was one of many ancient walls, ruins, lighthouses, and crumbling 19th century smokestacks I passed during my explorations.” 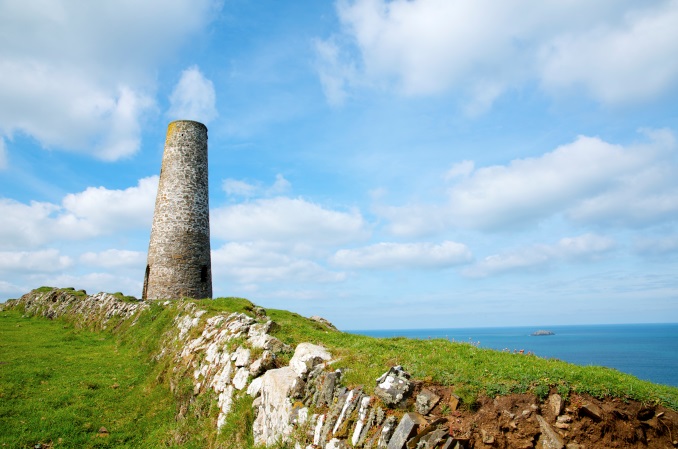 “Throughout this trip, I ate some of the best fish and chips I’ve ever had in my whole life. Often, the fish was caught fresh that very morning. Here, at a lunch spot in St. Ives, I had a great chat with the two employees, who were quick with a laugh and surprisingly knowledgeable about the region’s seafood.” 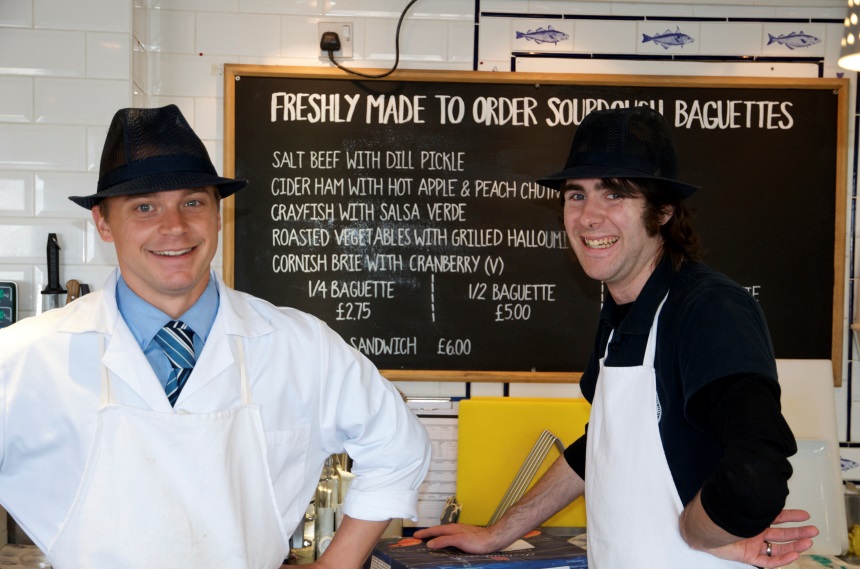 “I was lucky enough to catch the tail end of Padstow’s ‘Obby ‘Oss Festival, which begins on May Day each year. The centerpiece of this festival are outlandish horse costumes (‘obby ‘oss is Cornish for “hobby horse”) worn by men from the village, who parade through the streets and attempt to lasso young ladies. Traditional songs are sung, the pubs are flooded, and the whole town is beautifully decorated with flags. It all seems like quite an experience and I’d love to catch the entire thing sometime soon.” 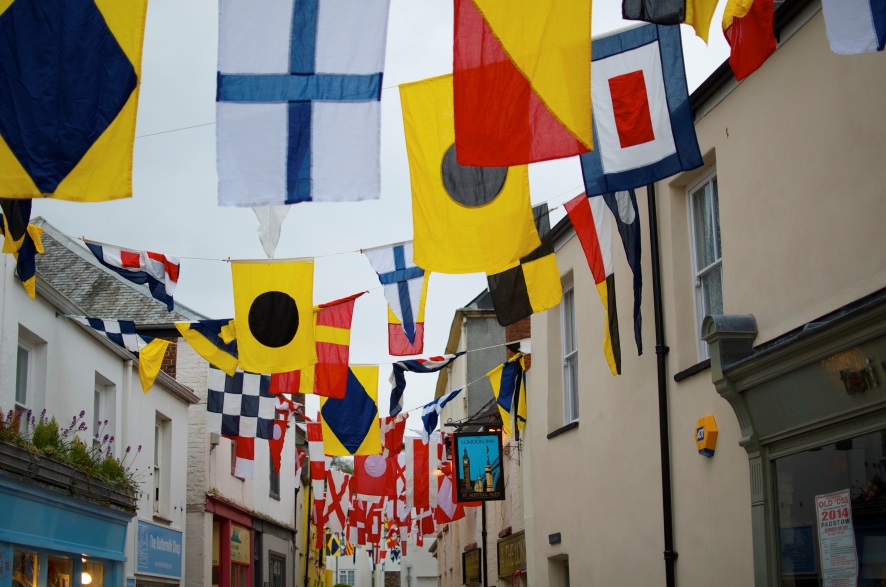 “Just beyond the town of Marazion, the tidal island of St. Michael’s Mount seems like something from a fairy tale. Situated about a half-mile from shore, it can be accessed by footpath at low tide and by boat at high tide. On it, visitors will find a castle, chapel, protected harbor, and small village. During the middle ages, it was a waypoint for pilgrims on the Camino de Santiago—serving as the point where they crossed the English Channel—and bears a striking resemblance to its counterpart in France, Mont St. Michel. Unfortunately for me, the timing of the tides didn’t work for me to walk there, but I enjoyed incredible views of it as I followed the coast during my final day’s walk.” 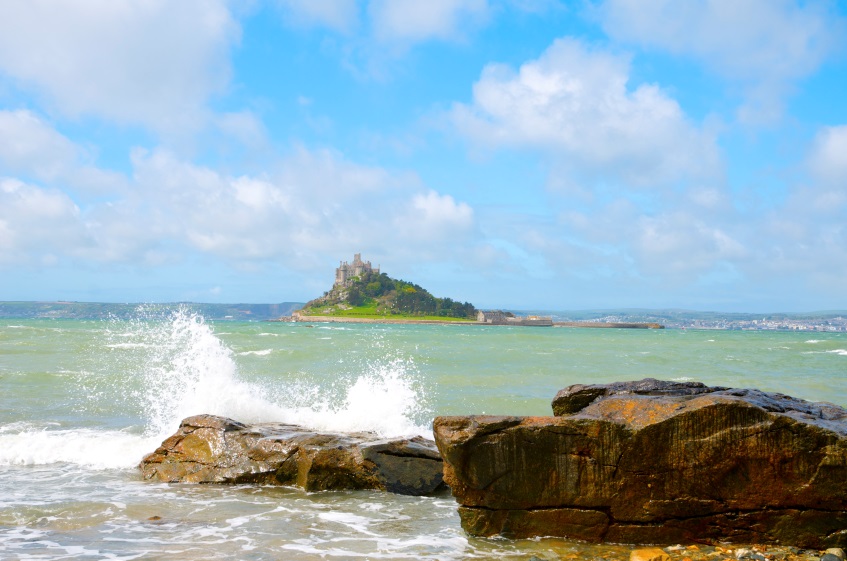 “I’m an avid photographer and was consistently dazzled by the incredible light I’d find in Cornwall. I later found out that I wasn’t alone in that—apparently, the region first became popular as a destination for travelers after J.M.W. Turner painted his way through it in the early 1800’s, compiling his work into the travel guide, Picturesque Views on the Southern Coast of England. Since then, it’s been a must-visit region for painters and photographers alike.” 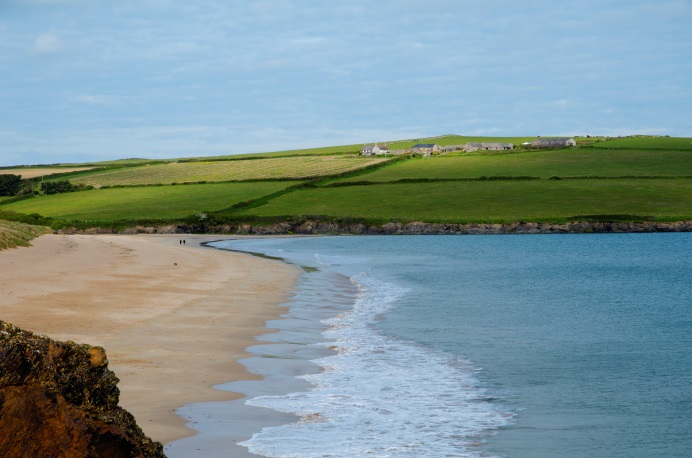 “I took this photo at the Padstow National Lobster Hatchery, which Country Walkers supports and which is doing incredible work to conserve the European lobster. It’s one of a number of impressive conservation efforts I ran across while traveling in the area. Country Walkers also supports the Cornwall Wildlife Trust, which works to protect the region’s coastlines through its ‘Living Seas Program.’” 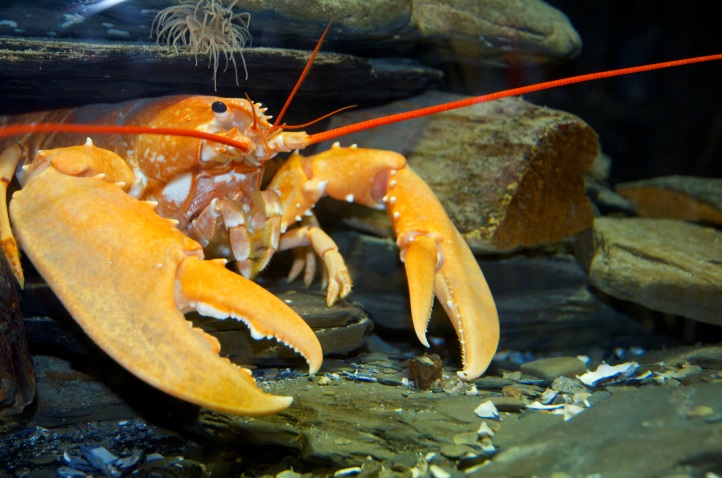