3 Life-Changing National Parks Around the Globe 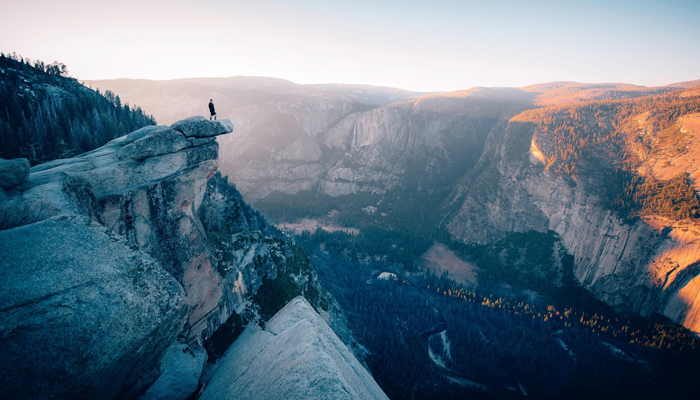 Protected national parks offer people the chance to observe beautiful flora and fauna untouched by civilization. If you're a nature lover trying to choose the perfect walking tour from Country Walkers, take these sanctuaries from around the world into consideration:

Thingvellir National Park (Þingvellir in Icelandic, meaning "parliament plains") is not only one of Iceland's major nature preserves, but it has also played a major role in the history of the nation. Along with several other protected lands, you'll visit it on the Iceland: Reykjavik and National Parks guided walking tour.

According to the park's official website, the Alþingi, Iceland's national parliament, met there beginning circa 930 and continued until 1798. At the time it was one of the few non-monarchical governments in the world. You can see the Law Rock where they held talks, as well as colossal lakes, birch trees, hills and grassy plains. Wildlife includes the great northern diver and mink, which are rare everywhere else but plentiful in Iceland.

Breathtaking Scenery of the Blue Mountains

Blue Mountains National Park, a highlight of the second day of Australia: Sydney to the Blue Mountains, is arguably most famous of the Three Sisters, a trio of strange rock formations more than 1,000 feet tall apiece. But it's just one remarkable sight among many. The park itself and some of the area in its immediate vicinity are an official UNESCO World Heritage site because of its natural splendor and anthropological significance.

Centuries-old walking tracks take you through forests full of stunning eucalyptus trees, across streams, alongside waterfalls, and up mountains. Threatened species that can't be found anywhere else freely roam, swim, and fly by, like the glossy black cockatoo and yellow-bellied glider. Red Hands Cave, a preserved dwelling of Aboriginal tribes, is also there and boasts numerous examples of their ancient art.

Our Montana: Glacier National Park guided walking tour focuses entirely on taking in this sprawling vista, which has been protected by the National Park Service since 1910. It's one of the few places in the U.S. below the Canadian border where glaciers can be freely observed. There are also lakes, forests, mountains, waterfalls, and the unique Crown of the Continent headwaters, where rivers to the Pacific, Hudson Bay, and Gulf of Mexico meet. As you can expect, this tour features some of the most difficult terrain in any Country Walkers expedition, but if you're the adventurous type and you don't shy away from a challenge easily, the preparation will be well worth it.