How to Spot Costa Rica’s Most Iconic Animals

Since my first trip to Costa Rica some years ago, I’ve been haunted by the incredible wealth of wildlife I saw while exploring its rainforests and coast. From wild horses galloping down castaway beaches to ctenosaur basking in the sun, I witnessed a range and scope of animals unparalleled in the Western Hemisphere. Indeed, though the country only accounts for 0.1% of the world’s total land, it hosts over 5% of its biodiversity. With 840 species of birds, the world’s largest lowland tropical rainforest, and a rate of deforestation close to zero, it’s not just a memorable vacation destination; it’s a naturalist’s dream country.

But though I was fortunate enough to stumble upon some special animal encounters in Costa Rica—the scarlet macaw that alighted on a branch beside me, the howler monkey that tossed a palm frond in my path—I’d never be able to create such an encounter intentionally on my own. And when it comes to spotting wildlife, I wouldn’t know a great tinamou from a wedge-rumped storm petrel. For that kind of expertise, I turned to our guide, Leonardo Chaves.

An expert wilderness guide with over 25 years of experience leading groups through Costa Rica’s wilderness, Leo is respected as one of the foremost birding guides in the country. With a degree from Costa Rica’s National Institute of Learning, a passion for photography, and an incredible ability to listen (to the sounds of the forest, to guests, to other experts), he’s the perfect person to explain to us where to find Costa Rica’s most iconic animals.

“All animals in the rainforest and cloud forest are secretive,” Leo warns me when I chat with him. “Some of them are very difficult to spot in the wild, but this is why it is so rewarding to do so!” He goes on to point out that there are many biomes and landscapes in Costa Rica as well—traveling to a new region means having a whole new ecosystem to explore. So then, where might one go to encounter Costa Rica’s most iconic animals?

Sloth
Found in: Uvita and Corcovado National Park
Where to look: “Normally, the best place to spot sloths is in Cecropia trees, where they sleep. In Corcovado, you can sometimes even see them from the eco-lodge where we stay!” 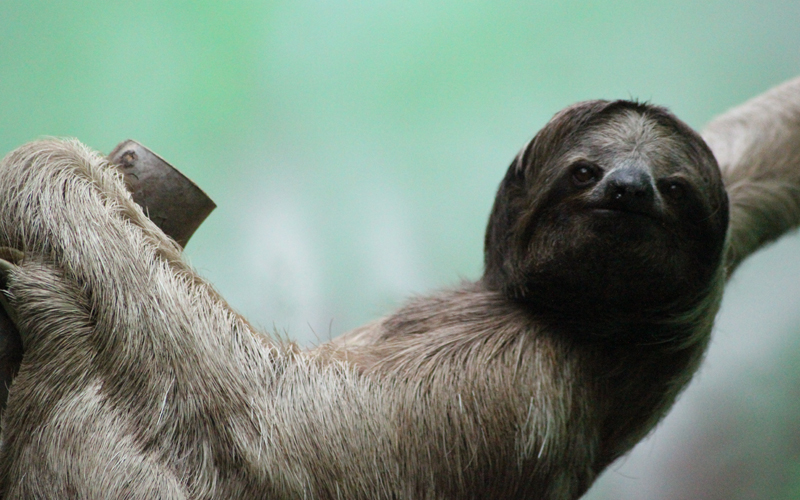 Resplendent Quetzal
Found in: Los Quetzales National Park
Where to look: “This bird is known as one of the most beautiful in the world. They’re very ornate and seeing one in the wild is a wonderful memory. They live in cloud forests, like Los Quetzales, which was named for them.”

Howler Monkey
Found in: Lowlands of Costa Rica
Where to look: “You have the best chance of finding howler monkeys when they call from the canopy while feeding on leaves. Your guide will help you identify their call.”

Scarlet Macaw
Found in: Corcovado National Park
Where to look: “We normally see this colorful parrot feeding in tropical almond trees or flying high in the sky along the coast near San Pedrillo’s beaches.”

Anteater
Found in: rainforests of Costa Rica
Where to look: “I love finding anteaters! You’ll actually see these small creatures a lot in the canopy. The Northern Tamandua is the most common variety. They’re solitary and range over very large territories. Fortunately, I know one surefire spot to locate them: the gardens of Corcovado Lodge.”

Hummingbird
Found in: Savegre Valley, Corcovado, Uvita
Where to look: “Hummingbirds are abundant! Especially in the gardens of Savegre Valley. Every morning with a cup of hot coffee, while walking the grounds of the hotel, we have sightings of these little jewels of the cloud forests. Their names hint at what makes them special: Fiery-throated Hummingbird, Purple-throated Mountain-gem, Purple-crowned Fairy. Look for them feeding on colorful plants like heliconias, flowering vines, or hotlips.” 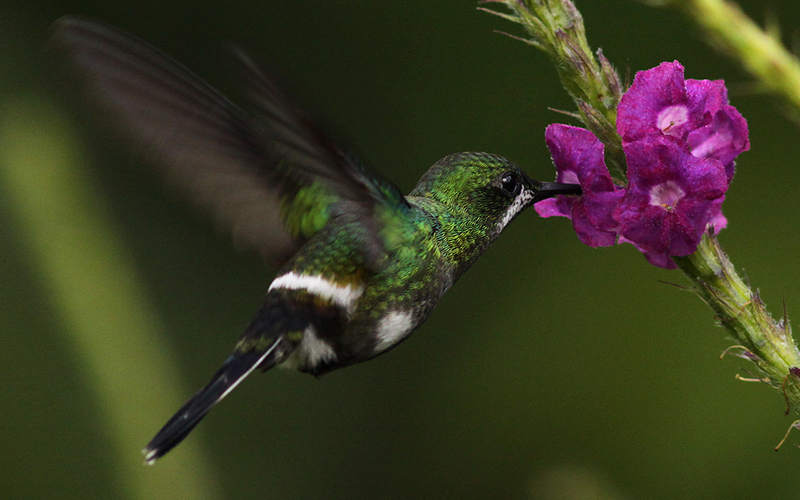