Eyes on the Skies: Bird-watching in Rota Vicentina, Portugal

For those with a strong interest in the colorful intricacies and whirling-dervish flight patterns of avian wildlife, Portugal will hold a particularly strong appeal—especially the Rota Vicentina, a popular spot in our Lisbon & Undiscovered Alentejo Self-Guided Walking tour.
Let's delve into what makes Rota Vicentina ideal territory for bird-watching in Portugal: 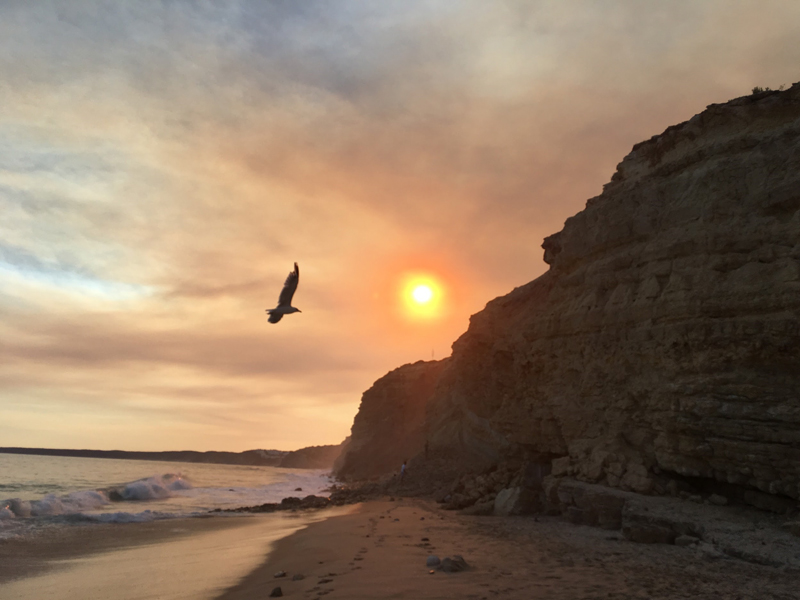 Basics of the Rota Vicentina

The Rota Vicentina runs through the Alentejo region of Portugal and along the southernmost shore of Algarve. Yet, as Trekking Bug points out, Rota Vicentina is by no means a single beaten path. It features several offshoots, including the Historical Way and the Fishermen's Trail, altogether comprising almost 250 miles of possible walking paths for adventurous travelers to enjoy.

What Birds Can Amateur Ornithologists Expect to See?

According to Turismo de Portugal, approximately 330 different bird species are common to Portugal. The Portuguese Society for the Study of Birds, however, puts that number at 465. Either way, there are plenty of exotic avian to spot, some that can't be found anywhere else on earth. Portugal's wide range of habitats, including everything from marshlands and near-tropical areas to river valleys and thick oak tree-laden forests, is the main reason for all this variety.
Travelers who walk along the Rota Vicentina will experience the estuaries of the Tejo and Sado Rivers, where they may see flocks of spoonbills and flamingoes along the estuaries. The rocky peaks along the Tejo are also home to black storks, which are unique to this area, as well as the enigmatic griffon vulture, with its incredible wingspan of between seven and nine feet. Shallow waters are home to green and purple sandpipers, and although these two breeds are not as colorful as their names suggest, a careful bird-watcher will notice the slight differences in the color of their beaks and plumage.
Have you ever heard the phrase "snipe hunt," a term used to describe something impossible to find? Well, snipes are actually somewhat common in Portugal, including in proximity to the Rota Vicentina. But only the trained eye of a seasoned bird-watcher can distinguish a snipe's brown-and-white feathers and needlelike beak from the grassy saltmarsh in which it lives.

Bird-watchers can expect absolutely fantastic weather for most of the year on the Rota, particularly during spring and fall, when weather is most pleasant and visibility is at its highest. If you intend to travel during the summer, prepare for temperatures that are regularly 30 degrees Celsius (86 degrees Fahrenheit) and humid. Winter isn't too cold, but it can get quite rainy. It might also be wise to bring proper rain gear in the spring, but the weather will otherwise be quite nice during this season.

A Note About Preservation

Many of the bird species in Portugal are threatened, endangered, or on the brink of extinction. While this makes catching a glimpse of a rare breed of bird, such as the Spanish imperial eagle, all the more sporting and special, travelers should take extra care never to disturb either the birds themselves or the nature surrounding them. Freely observe the wonders of nature, but do your part to preserve them too.
To learn more about our walking tour in Portugal, click here. To request a free Country Walkers catalog and learn more about other exciting destinations throughout the world, click here. If you would like to speak with one of our Travel Experts, please call 800.234.6900. They are available Monday-Friday from 8:30 a.m. to 6:30 p.m. EST.